As I have explained in my first blog post, in comparison with many other (fitness) bloggers I do have a somewhat different approach to writing, and that in several ways. For instance I do not write much about my personal life, and neither do I upload pictures and/or brief texts about what has happened during the last day(s) and things like that. And if I write about traveling, I might go back as far as, let’s say 2006, rather than to talk about last month’s excursions. Partly this is because I do not want to be caught up in the obsessions of the presence – that is also why I do not have Twitter or Instagram – even if I do of course understand its appeal among factual or potential readers. I am more of the essaistic kind in this respect.

Speaking of which, my first diet – in a very unstructured way, and hence not really a diet in the proper sense – was actually when I walked, walked and walked in California and to less extent also in Nevada, in 2006, and hence burned quite a lot of calories and thus also body fat during a three weeks long stay.

But this one does not really count and I do not even have any pictures left from back then. Instead I will reflect upon the winter and spring time of 2010 and what I accomplished during three-four months, and which has also affected my confidence as a nutritional coach and fitness practitioner. This can be considered as my first far-reaching and seriously planned diet.

Like for many other people, my shape has always fluctuated between unfixed categories such as ‘relatively thin’ and ‘normal’ on a body fat continuum, and that is also the case after I started with strength training in 2005. For instance I was quite slim in that year, but then I started to bulk up a little, and also in later periods it has been the other way around from time to time. However, it has never extremely distinct in any of these two directions, and the frequency of training has always been somewhere between four to five times per week (if I did not travel and skipped it all, and these days I work out almost every day).

In 2009 I focused a lot on the last-mentioned activity and therefore training became subordinated to my cosmopolitan adventures, particularly in Japan, but on the other hand I did soon got back on track again after I had come home in June. During the last quarter of the same year, though, I had gained some convenient fat – not the least after three weeks in Australia in November – and was obviously not too bothered with it. Or perhaps I was – my body weight was about 79 soft kilograms and I am only 5,7 – but I nevertheless thought that I should wait for to incorporate more drastic changes after the new year had begun and deal with it then.

So what I did, right at the beginning of January in 2010, was to apply some of the lean gains principles that I had learned the year before, but – most importantly – I drastically decreased the total calorie intake, while keeping the protein intake relatively high, and did so over the next three to four months. I skipped the details but had on the other hand a very steadfast nutritional structure that I followed diligently.

During the three winter months, I dwelled in a almost ascetic fashion and did not party any more than a few times and did not eat any junk food or candy at all. Instead I focused a lot on the idea of to come into good shape and optimize my physical appearance and look forward to going to Paris, where I was supposed to meet a French girl that had I met in South Korea the year before and who lived there. Hence I did to some extent visualize and concretize my own goals, although I did not have any exact ideals with regard to body fat percentage. But even somewhat blurry goals, without clear-cut demarcations, can be relevant.

My personal strengths – from my own subjective viewpoint, but there is probably some objective truth in there too – have always been my looks and a very high verbal IQ (but average in performance IQ, so I am not very good at subjects such as maths and physics, and to quickly figure out what to do in real-life situations, i.e. fluid intelligence), so having too much body fat was detrimental to my own internal feeling about myself and hence also on my outer appearance (or the other way around, since these two dimensions are intimately inter-related). There is – at least for me – always an interplay between the outward and inward and their linkages to confidence.

And how did it go a little bit more exactly? The result was a decrease of about 10,5 kilograms of body weight, and I felt happy when I eventually came to Paris in the middle of April. The two pictures below do not really catch the essence of neither my bad nor good shape – partly because I had not reached the maximum fat weight around the time when the photo from Australia was taken – but at the time for the the second one the abs had become quite visible and I had overall a very slim and, with general standards, appealing figure.

What I have learned from this is, most importantly, one: that I can do it, and that I have proved to be both consistent and effective with regard to diet plans; two, that I can help other people to do the same or something similar; and three, that one should always have goals – whether extremely concrete and measurable or of the less clearly-defined sort – as motivation and driving force. 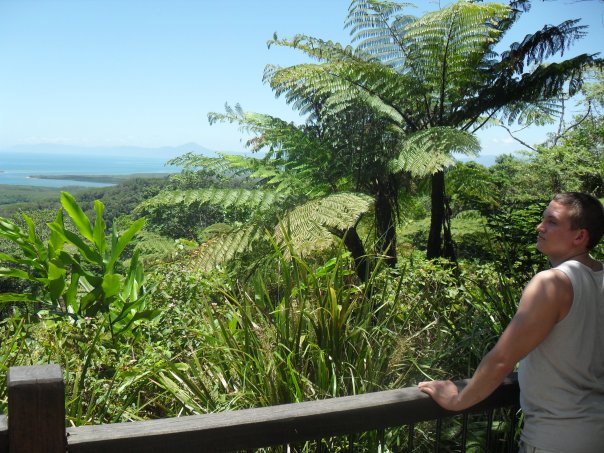 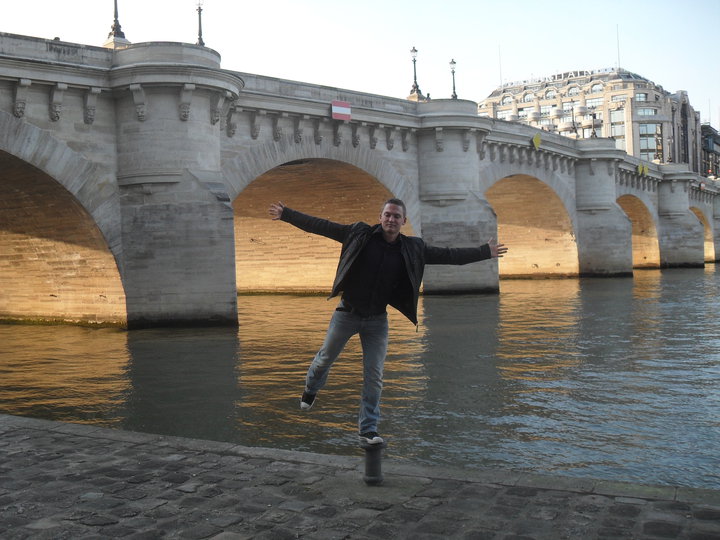