I have earlier discussed – in both Swedish and English – topics such as beauty ideals and what women are attracted to (and in my new book I do briefly discuss what men are attracted to, such as the female hip/waist ratio, which I have also written blog posts about earlier).

As Cindy Measton and David Buss have showed in their work Why Women Have Sex (2009), women tend to be attracted by tall and/or athletic males. Moreover, personality traits such as moderate to high narcissism and psychopathy tend to be beneficial for at least short-term dating and mating.

If one only focuses on the physical aspects, however, a new and interesting survey gives us relevant information regarding the most attractive body parts from the perspectives of both the sexes. 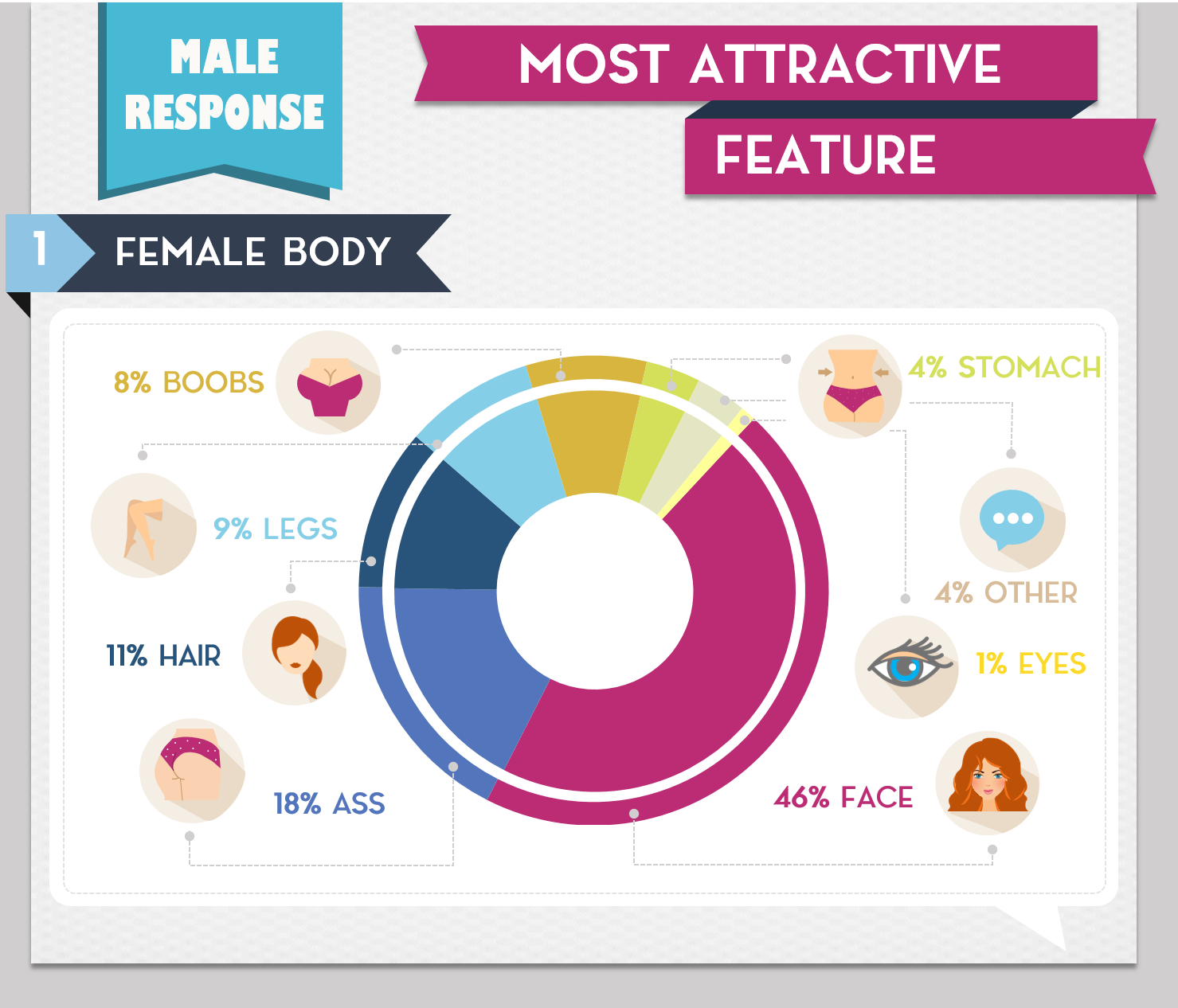 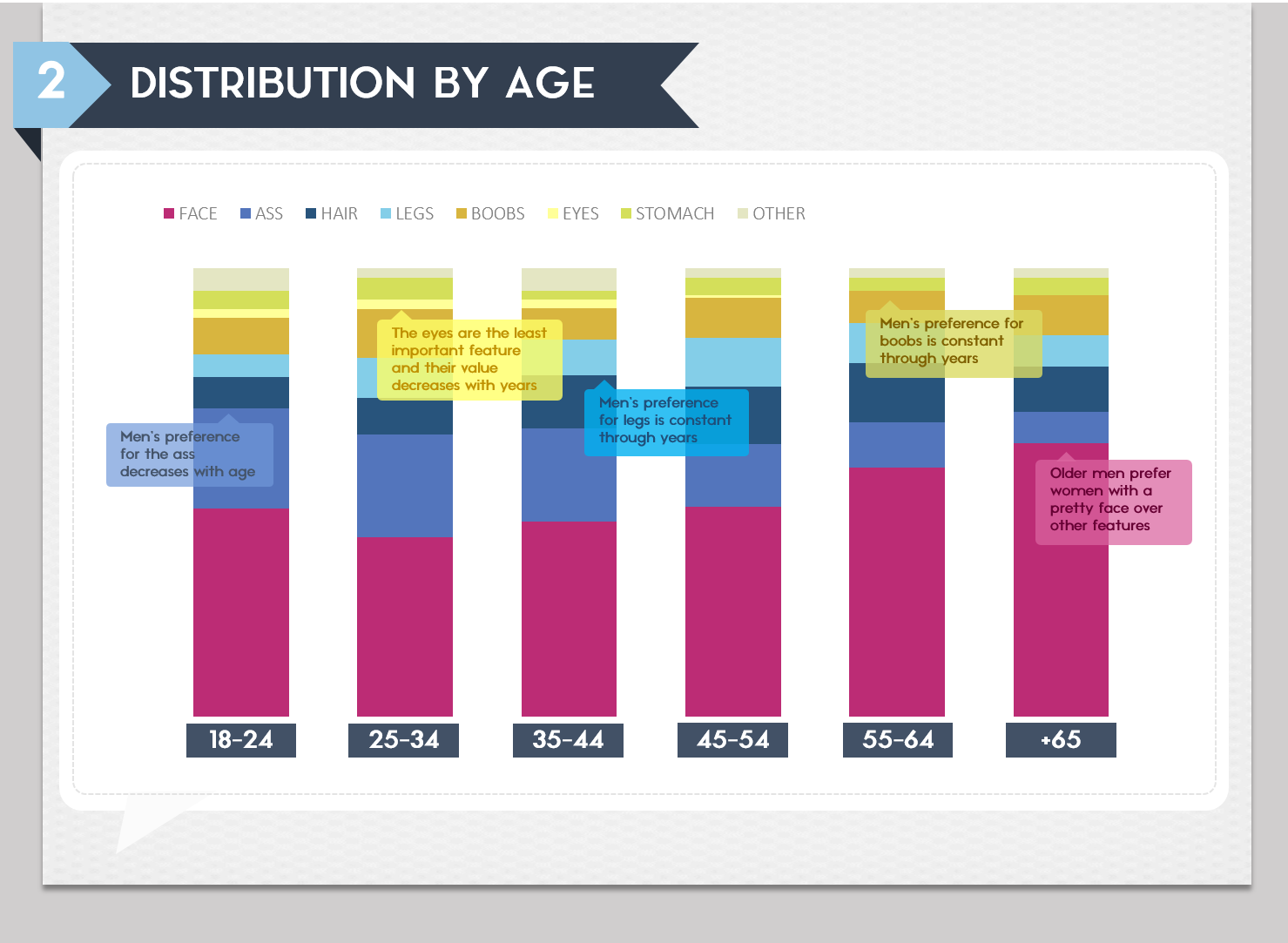 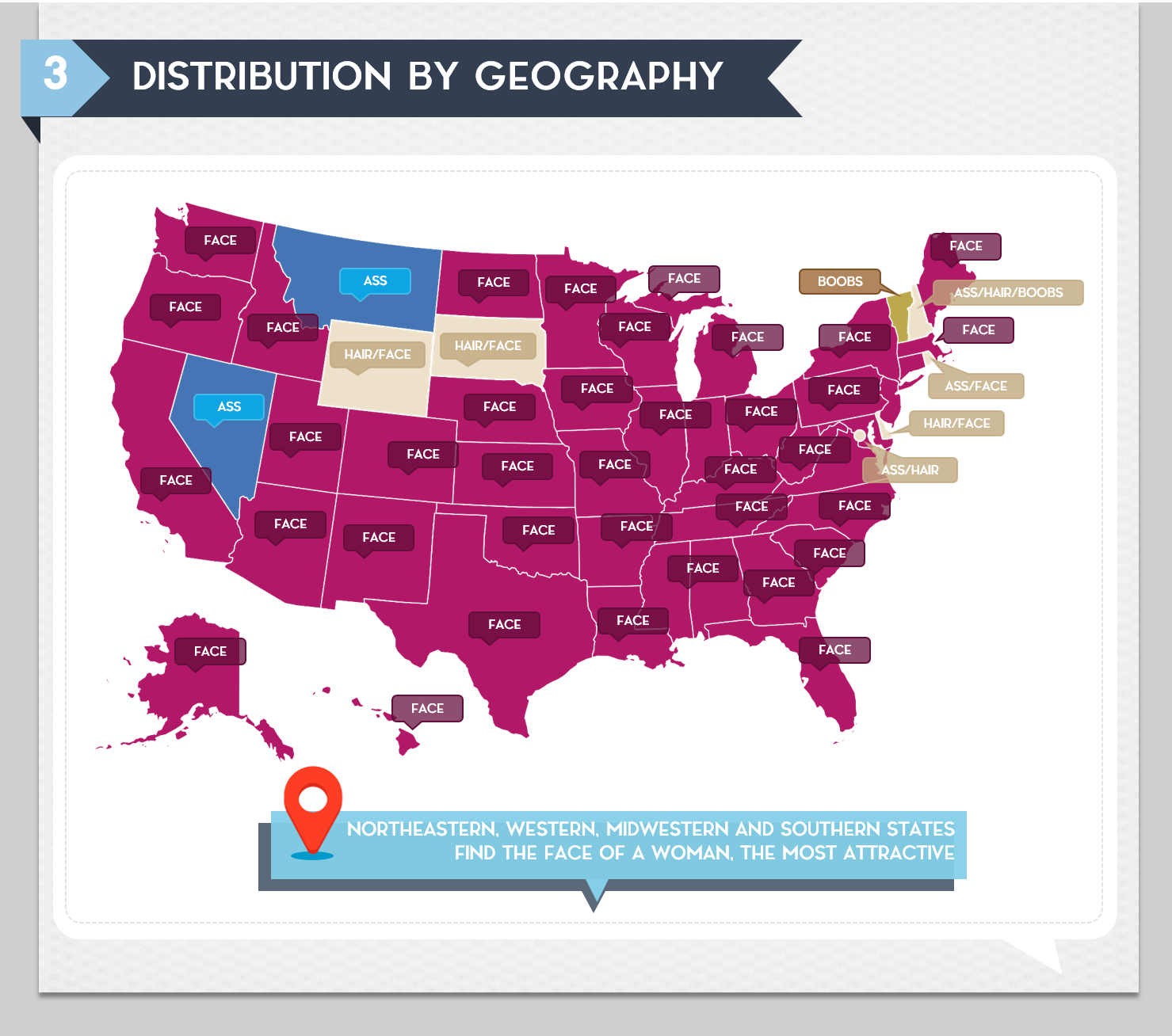 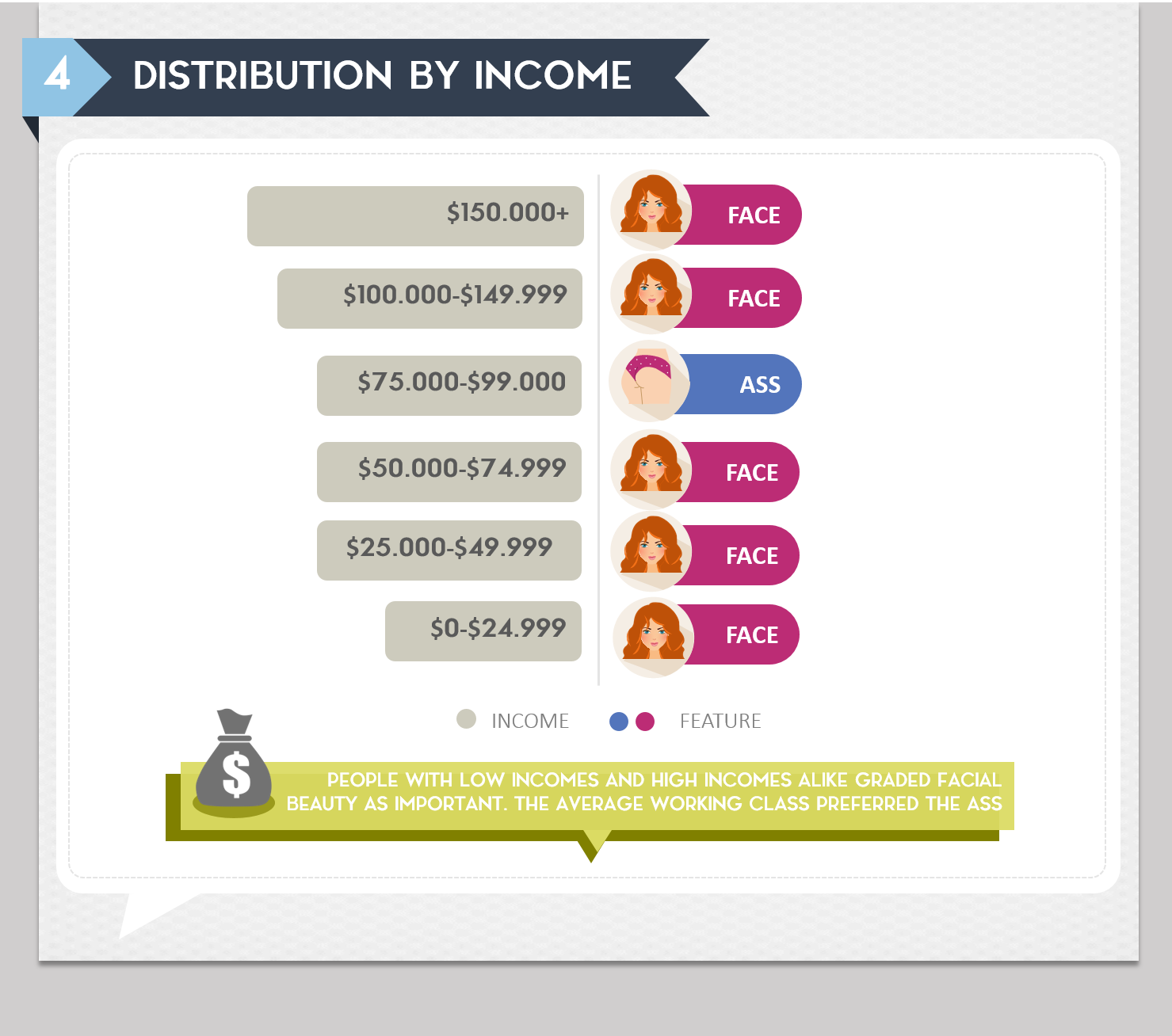 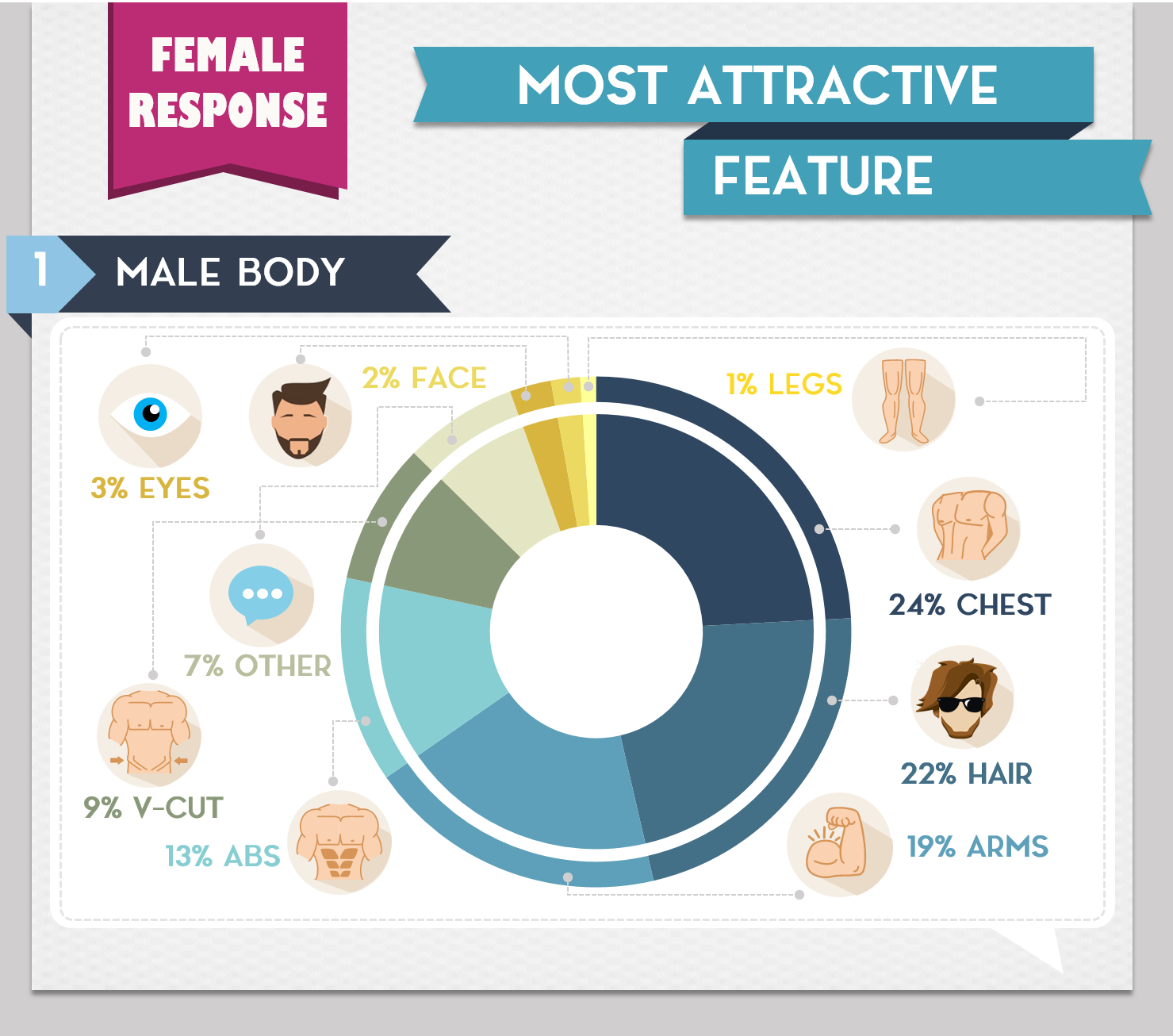 Some of the findings appear a bit conspicuous, such as that people of both sexes care very little about the eyes. However, the face is not unlikely regarded as a larger body part of which the eyes may be viewed as one aspect. Still the eyes are subordinated to the overall face appearance, it seems.

As for males, they care most about the face (and more about ass than boobs) as a single body part. But most people do in fact judge other individuals in a holistic way, that is – both the face, frame, hair, height, weight and the body in its entirety. I think that obesity is the largest beauty obstacle for both sexes, especially since someone with a prettier face can become much better looking after losing weight. Make-up can help, but only up to a certain point.

As for males specifically, fixing the hair and lifting weights to the point where the chest, arms are somewhat big and the body fat percentage hit the point where one can see a little bit of the abs, is optimal.

We live in a reign of quantity, according to the French Perennialist philosopher René Guénon. This process has increased during every decade ever since and reached a point where even social media figures are more important than the quality of people’s work.

My 5 points about quality and quantity are:

1. We live in a world which is largely about quantity and numbers, such as the current economic system, people’s earnings, and the amount of followers and likes on social media.

2. Quality and quantity are connected, such as in sports, in which the players of the highest quality earn the most and get most fans.

However, this is not always the case, even among celebrities. Psy’s “Gangnam style” is of poor quality but still his video has about 20 times more views than other K-pop performers who offer products of higher quality, such as EXO and Girls’ Generation.

For common people, the quality of their performances do seldom matter and do rarely translate into quantitative ROI (Return On Investment). 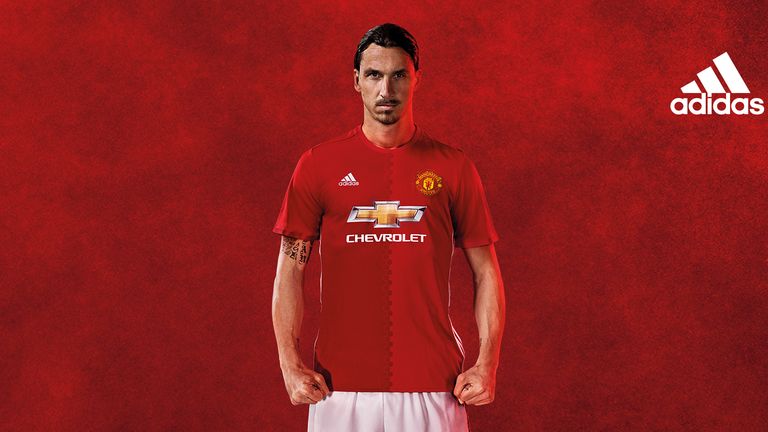 3. Both quality and quantity matters. If one aims for to get some kind of credit for what one has accomplished, then one must care about the numbers at least with regard to some things that have been published. Other people will judge you by the amount of readers, followers, likes, views, etcetera, and will not take you seriously if you do not manage to get that at some point.

4. Sometimes quantity does not matter due to being bad ROI. One example might be Instagram, which has so many users who have surpassed 10 000 followers, that larger numbers are required if those ought to be translated into money. Thus it might be a waste of time to use particular strategies to gain more followers and reach a peak of about, let’s say, 5-15 000 followers. The exception would be if someone does something on social media that is directly linked to one’s occupation, but for most people it does not matter that much besides from being narcissistic supply and to feed the ego.

The opposite case is to be for instance a scholar, who puts in a lot of effort to write a Ph.D. dissertation of high quality but does not get much back in terms of neither readers nor money. That is also pretty bad ROI, although in a very different way.

Friends of higher quality, who can suffer real support and value are more important than larger number of friends of lesser value. However, it is good to have a not too small pool of friends since people tend to lose friends as they become older.

In terms of serious romantic relationships, the quality of one’s partner is all that matters whereas in a dating situation both quality and quantity matter.